Deprecated: strpos(): Non-string needles will be interpreted as strings in the future. Use an explicit chr() call to preserve the current behavior in /home/templaza/public_html/plugins/system/tz_guard/tz_guard/browser_detection.php on line 618
 A/B Testing or Multivariate Testing - TemPlaza | Blog 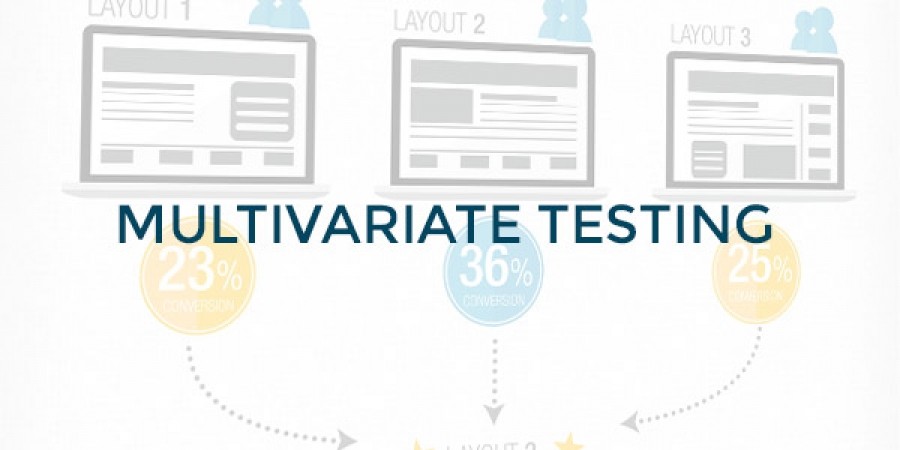 Multivariate testing is an advanced version of A/B testing, so that it will have same core system mechanism of A/B testing. However, it requires more variations, longer time and also provides more reliable results.

• Before putting versions into test, you should do preview all combinations because random combination sometimes looks oddly.

• Don’t include too many sections in a test. The larger the number of sections is, the longer test duration will be.

Usage: This type of usability testing often used to test only one element on the page at a time. Only the impact of the design as a whole on conversion goal is tracked, not tested individual elements.

Advantages: A/B testing is the simplest way to execute usability testing. With this test, you can find easily which elements have efficient effects on conversion rate. In addition, it takes a shorter time to get results because of a small amount of variations and traffic.

Disadvantages: If you have more variations, A/B testing process will be longer and may not reveal reliable results.

Usage: On higher level, multivariate testing helps you to test more than one element simultaneously across one or more pages. It is often applied for sites which have substantial amount of daily traffic.

Advantages: After completing testing process, you can know the significance of different sections. Your results you get in this test will be more reliable than in A/B test.

Disadvantages: Multivariate testing requires longer time to get results since the number of variations can increase exponentially. Due to combination of different variations in one version, it is difficult to define effect of individual variations.

In conclusion, both A/B testing and Multivariate testing are powerful methods that complements one another. Choose your suitable type or combine them together to get the most out of your site. Good luck!

Tweet
pinterest
Tags:
Variations Ab testing Multivariate
Halloween 2014: Save 30% off on All Subscriptions
A/B Testing - The Best Way To Understand Your Cust...

Best Fonts For Flat UI Design
Articles
"What is the best font to use with FLAT UI Design?" This seems to be a big question when it comes to Flat design.
70504 Hits
Read More

Best Free Css Hover Effects
News
As you know, Css Hover Effect plays as an important role in developing a website.In this post, I would like to give you some best free css hover effects which can help your site become more attractive...
29403 Hits
Read More

10 Best Photo Gallery Extensions for Joomla!
Articles
A gallery to display your photos will decorate your webpage and can surely make it look more professional and lively. There are numerous Joomla! photo gallery extensions out there, and choosing a righ...
17886 Hits
Read More

Best Free Joomla Template Collection in 2020
Articles
If you're looking for freebies Joomla templates with outstanding quality in order to build your own website, you have already reached the right place. On one hand, there are a vast resources of premiu...
17294 Hits
Read More