Deprecated: strpos(): Non-string needles will be interpreted as strings in the future. Use an explicit chr() call to preserve the current behavior in /home/templaza/public_html/plugins/system/tz_guard/tz_guard/browser_detection.php on line 618
 PLAZART FRAMEWORK 5.5 HAS JUST BEEN RELEASED - TemPlaza | Blog

PLAZART FRAMEWORK 5.5 HAS JUST BEEN RELEASED 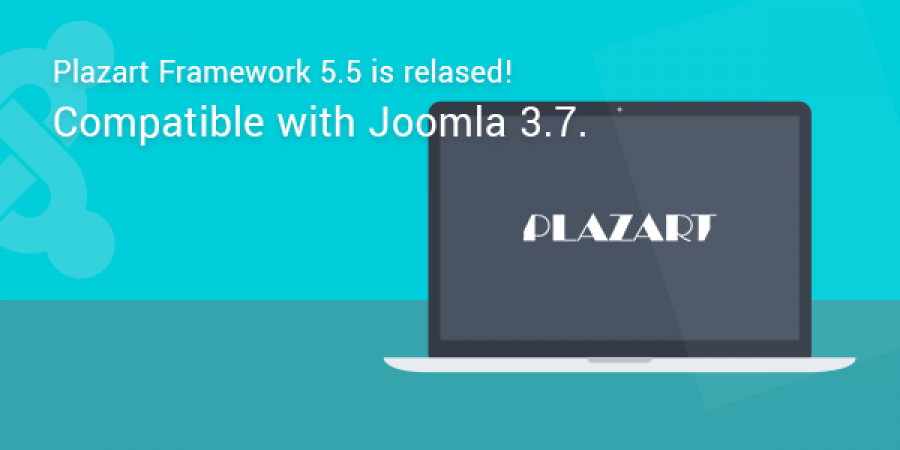 Plazart Framework is a flexible template framework for Joomla. Created based on T3 Framework, it is compatible with Joomla 2.5 and Joomla 3. On one hand, April of 2017 is a rememable moment marking the release of Joomla 3.7 that has precisely brought all Joomlers with new amazing features. One the other hand, however, there is a tiny Plazart-related obstacle happened to people using our Joomla templates, which unintentionally encounters as trying to update Joomla 3.7.

As a result, our Joomla team really want to give a big thank to our dear customers for your patience in waiting our updating. We officially announce that the new version of Plazart framework 5.5 has been released, which is fundamentally expected to be compatible with Joomla 3.7, in particular fix some existing bugs happening in back-end site.

With the previous version, when updating the present Joomla version to the newest, you found it so difficult to modify options with layout configuration, such as

- Limitation in background image database , and other bugs in row setting.

With the new version 5.5, all these above bugs happening to your back-end site no longer exist. Now you're free to configure template layout without any worry about bugs.

So why don't you take action immediately to get new Plazart version, so that to catch a sight of all these changes ,moving forward in finishing site development.

GET THIS PLAZART VERSION 5.5 NOW

Tweet
Tags:
Plazart 5.5
Okno Ultimate Multipurpose Joomla Template is rele...
May day - 01 Day left to Get 30% off on All Subscr...

Best Fonts For Flat UI Design
Articles
"What is the best font to use with FLAT UI Design?" This seems to be a big question when it comes to Flat design.
67435 Hits
Read More

Best Free Css Hover Effects
News
As you know, Css Hover Effect plays as an important role in developing a website.In this post, I would like to give you some best free css hover effects which can help your site become more attractive...
27440 Hits
Read More

10 Best Photo Gallery Extensions for Joomla!
Articles
A gallery to display your photos will decorate your webpage and can surely make it look more professional and lively. There are numerous Joomla! photo gallery extensions out there, and choosing a righ...
16756 Hits
Read More

Best Free Joomla Template Collection in 2020
Articles
If you're looking for freebies Joomla templates with outstanding quality in order to build your own website, you have already reached the right place. On one hand, there are a vast resources of premiu...
16039 Hits
Read More